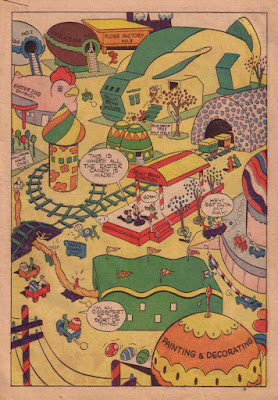 In all my years of research, I somehow overlooked this early 1944 one-shot, which is now important as containing John Stanley's first two long-form stories. This is a terrible quality scan, suitable for reading, but that's about it.

With beautiful cartooning by Lloyd White, the pun-filled main story, "Easterland," is a larval early effort, but full of Stanley tells, such as slurred language/slang, dubious authority figures, quietly absurd humor (the plight of the elderly rabbit at story's start; the out-of-control jelly bean factory and its buried inventor; the little piece of hard candy that imitates train whistles, etc.)

Stanley would include similar stories in his much-loved Little Lulu series, from 1946 on, as told by Lulu to her hellion-brat neighbor, Alvin. With this, Stanley's first fairy-tale, we see the glimmers of a street-smart, reactive retreat from the sugary tendencies of the fairy story. His humor throws a cold bucket of water on the genre, as did Tex Avery's cartoons such as Red Hot Riding Hood, Cinderella Meets Fella and A Bear's Tale.

Here is the whole issue. I will need to revise my 1940s comicography book now! I knew this would happen someday... 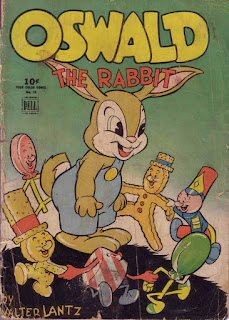 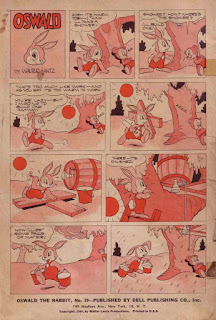 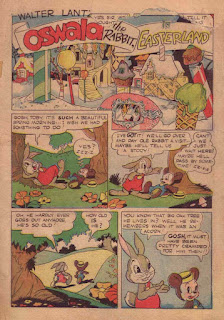 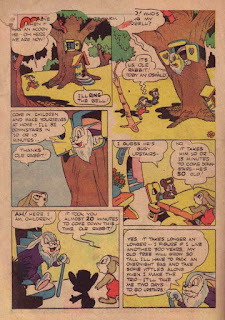 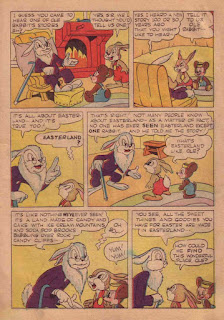 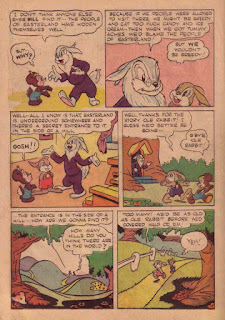 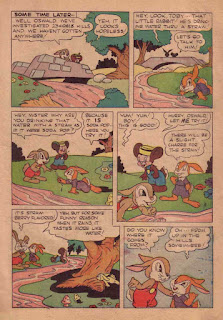 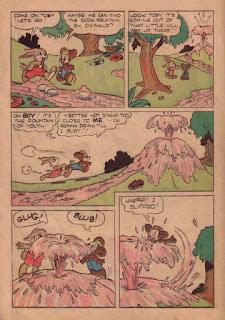