Finding material for this blog has become an increasing challenge this year. More of John Stanley's comics are in print in 2010 than at any time in the past 60 years. Stories I featured here in 2008 and '09 have since been officially reprinted in books like The TOON Treasury, Art In Time, The Golden Treasury of Krazy Kool Klassic Kids' Komics and Dark Horse and Drawn + Quarterly's ongoing Stanley reprint projects.

Aside from a few still-elusive issues of New Funnies, and the archaeological comix digs I still do through Dell Comics' back pages, there's fewer stories for me to choose from. I could, of course, run Little Lulu and Tubby stories, which are proven crowd-pleasers, but most of those are in print--or will be by the end of 2011.

So I sift through the remaining nooks and crannies. Occasionally I still have the good fortune to unearth stories such as today's humble offering.

John Stanley was about a year away from his first "Little Lulu" stories when he wrote a short batch of stories for the Dell anthology Animal Comics. Best-known as the birthplace of Walt Kelly's "Albert the Alligator" (retitled Pogo for its newspaper version, starting in 1948), Animal Comics was a hodge-podge of original material and licensed entities. The latter included Howard Garis' "Uncle Wiggily" and, for a year, newly-born characters from Famous Studios, the surviving entity of what had once been the Max Fleischer Studios.

They struggled to create star characters. Blackie Lamb was the studio's attempt at a Bugs Bunny. A darker, more interesting series starred a feathered victim of spousal abuse, Hector Chicken. His bull-dozing, hyper-masculine wife runs and ruins his life. Only via the assistance of street-wise Herman Mouse, who scares the battle-axe $h!tless, is Herman ever briefly re-acquainted with his testicles.

Coincidentally, Famous also produced a series of Little Lulu animated cartoons, some of which are pretty good, tho' they take a far different path with the characters than the John Stanley version.

Stanley wrote a handful of these Famous-derived stories before the studio revoked their license. The Famous characters eventually wound up at Harvey Comics. Harvey bought the rights to all the Famous characters in the late 1950s. By this time, they'd been dumbed down almost to oblivion.

The early Famous Studios cartoons have much to offer, and have undergone a critical rediscovery over the past decade.

Famous' material was always dark. At worst, it was merely brutal and cruel. The underlying bleakness of their characters and scenarios somehow aligned with similar tendencies in John Stanley's writing.

This "Hector" story riffs off the Famous cartoon The Henpecked Rooster (1944). It does much more with the set-up than Famous ever managed. It also offers this first acknowledgment of a vital element in John Stanley's writing: 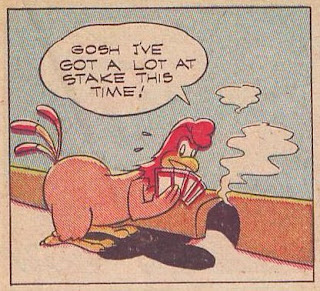 Stanley's characters almost never address the issue of stakes, but stakes-raising is the backbone of his narrative skill. He excelled at the creation of a problematic situation which gets increasingly worse--usually from the actions of his stories' self-obsessed, deluded protagonists.

Hector is a far cry from Tubby Tompkins, John Stanley's finest realization of this essential archetype. In this story, Stanley raises the potential for stakes-raising in his narratives, while effortlessly blending storytelling with incisive comedy. 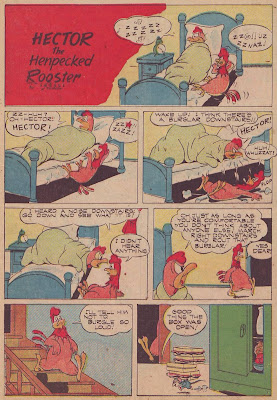 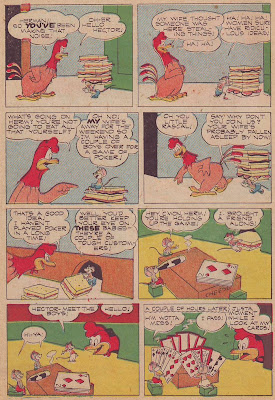 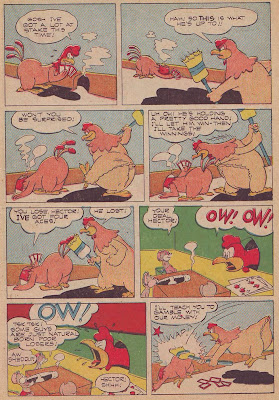 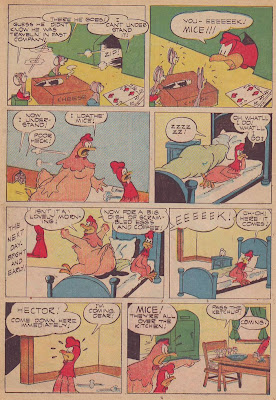 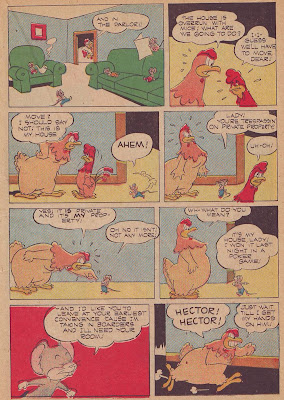 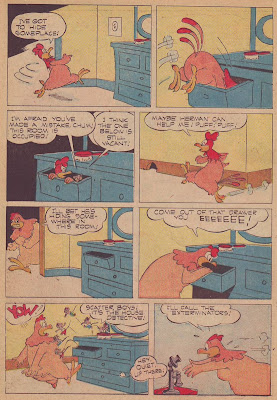 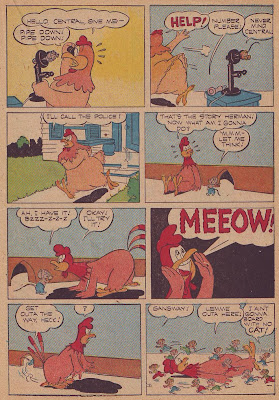 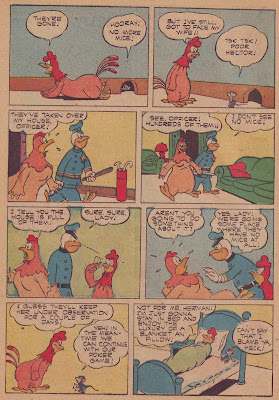 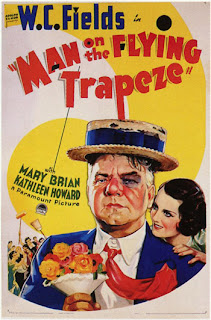 The plot of this story is similar to the 1935 W. C. Fields comedy Man on the Flying Trapeze. Stanley followed in Fields' footsteps in his depictions of enmeshed, co-dependent and deeply unhappy unions.

Like Fields, Stanley sided with the underdog in these effed-up relationships--which is most often the male. These unfortunates have let themselves settle for a bad situation. They're stuck with a disagreeable, inflexible mis-match, and do nothing to extricate themselves from the engulfing mire of their dilemma. They sigh, tuck their chins in and resign themselves to a lifetime of bickering and nit-picking.

Stanley's start for this story is remarkably like Fields' Trapeze. Though these stories part ways rather quickly, the obvious influence of the Fields movie is fascinating here.

For that matter, it's likely that the Famous Studios story men knew and liked the Fields films, and swiped their basic set-up from Trapeze, It's A Gift, You're Telling Me or The Bank Dick. All these movies feature Fields' grumbling, long-suffering anti-hero trying to cope with an impossible spouse. Fields' cinematic wives are hectoring, ranting killjoys. Simply by staying true to himself, even in these lessened circumstances, Fields' character wins in the end of these movies. Hid triumphs are tenuous, and it is painfully clear that he's doomed to quickly return to the ruts of bad behavior they have dug for himself. 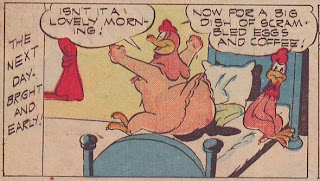 Through the smart-ass assistance of Herman and his mice brethren, Hector turns the tables on his trouble-making spouse--but the stakes are rather extreme. Chances are she'll be angrier--and meaner--than ever, upon her release from the mental hospital!

Corrosive relationships abound in Stanley's work; Loo and Sid, the candy store owner, in Dunc 'n' Loo, the pre-teen triangle of Tubby, Gloria and Wilbur in Little Lulu; Jimmy Fuzzi and Judy Junior in Thirteen Going on Eighteen and most of the character relationships in Nancy and Sluggo and Melvin Monster have something askew--or harmful--at their core.

The finished artwork for this story may have been drawn by a moonlighting Famous Studios staffer. The layout and staging are clearly of Stanley's hand. His 1940s comics are mostly set in home interiors. These settings are quite familiar to readers of his Little Lulu or New Funnies material. Whereas Carl Barks took his characters to exotic, far-flung settings for his comic book stories, John Stanley stuck close to home. No research was required, and the familiarity of the settings makes these stories still resonate with 21st-century readers.

Why circle the globe for trouble when it's all found in your living room, kitchen and bedroom? The dark domestic comedy of John Stanley offers us a reasonable world, and relatable human struggles and failings. Even in a minor work such as this, Stanley's vision is evident.
Posted by Frank M. Young at 5:07 PM

Carl Barks did not always send characters to far off lands and exotic locations. Sure, that happened a lot. But there are many stories that place at home, around the house and or indoors.
"Good Neighbors", "Pool Sharks", "Christmas on Bear Mountain", Turkey with all the Schemings", "The Cantankerous Cat" off the top of my head.