I have thousands of digitized vintage comics on CD-Rs, and as many on an external hard drive. I download several comics daily. They're mostly crap--Sturgeon's Law proves brutally true throughout the history of the American funny-book.

I had forgotten all about a disc that contained several Dell issues of Tip Top Comics. As I've posted background info about this title HERE, I won't repeat myself.

These are two more issues that I identified as having Stanley material in that 2009 post. I will rescind my "Is this Stanley's work?" question--it's obviously his.

I sense less of an editorial hand in today's offerings. The first story, from Tip Top #219, is pure Stanley. It has some flashes of the quirky, Gilbert Shelton-esque hardball comedy seen in Stanley's last comics effort, O.G. Whiz #1.

The second is analogous to Stanley's Little Lulu stories of status war and one-upmanship. Both stories feature the nastiest of Stanley's Evil Rich--Rollo Haveall. Read 'em and, by all means, don't weep! 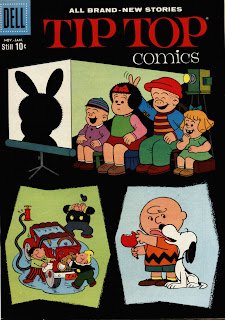 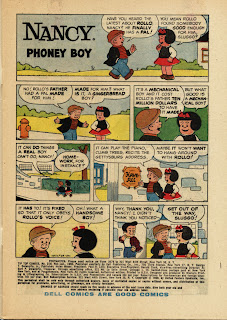 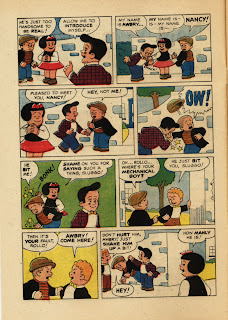 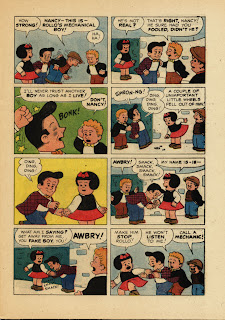 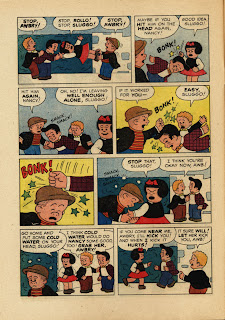 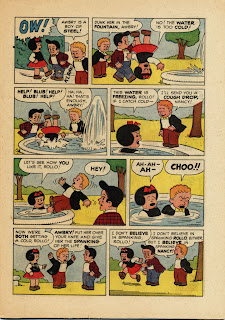 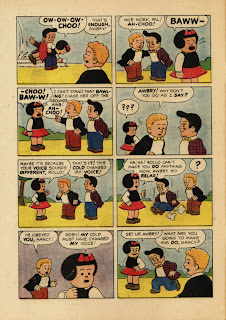 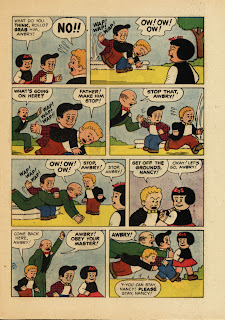 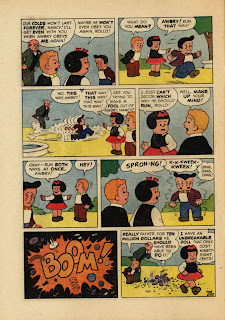 "Phoney Boy" is a bright piece of jet-age sitcom, with major spanking incidences for a single John Stanley story. There's a tacit sadness to Rollo's life that is brought into the forefront here. Stanley's wealthy characters are on a different plane from the street-level, middle-class (or lower) protagonists. They have no friends outside their own circle.

It gets lonely at the top. Thus, Rollo's father must spend $10M on a robo-pal for his cruel, insufferable son. Awbry (which scans like "awry") is a hollow embodiment of wealth, and its consequences, in Stanley's universe. On the surface, Awbry is perfect--a metallic Adonis with impeccable manners. Awbry's gentility only serves to highlight Rollo's lack of grace and empathy.

Rich or poor, Rollo would have a hard time making friends, given his sadistic tendencies. Beneath its glitzy surface, Awbry is an imperfect gadget. Gadgets, in John Stanley's world, exist only to malfunction in some humorous, stakes-raising manner. It just takes a few taps to disable him/it. Awbry's voice recognition circuits are easily manipulated, resulting in Nancy's hilarious final command. Awbry tries its best to accomplish the impossible, and ceases to exist. 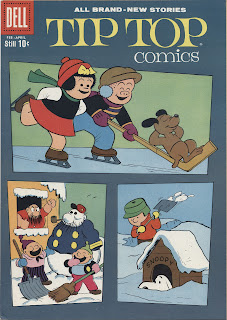 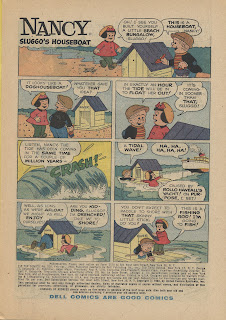 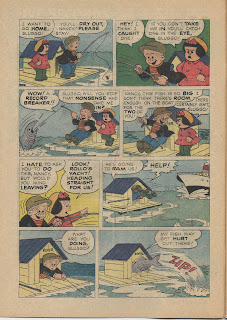 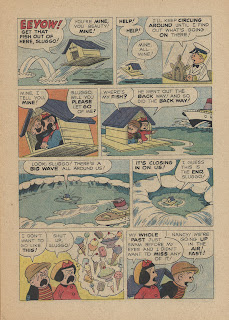 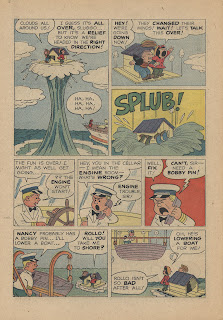 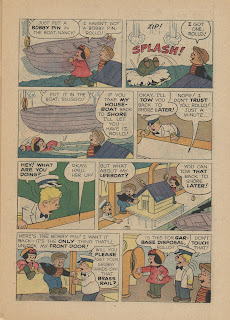 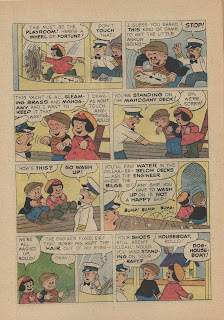 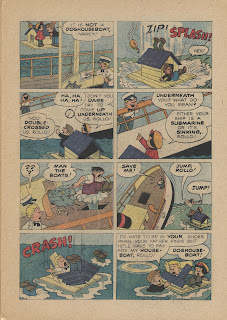 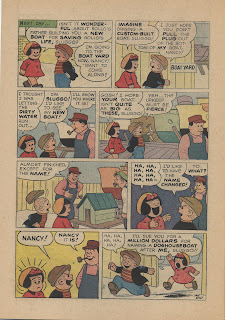 Rollo's self-centered, pathological attitude goes several notches beyond that of Little Lulu's Wilbur Van Snobbe. Wilbur is a jerk, but has flashes of redemption. He's much better socialized than Rollo is in the Nancy world.

Wilbur is capable of some empathy, and realizes when he's been bested. Rollo does not have these human qualities. Even when he fails, he refuses to show any human warmth. He's one of the creepier comics characters in John Stanley's world.

I like Nancy's insistence on calling Sluggo's craft a "doghouseboat." Her friendship with Sluggo has a touch of class-stakes. She's clearly from a middle-class home. Though Aunt Fritzi can be a martinet at times, Nancy doesn't go without essentials, and is allowed a few frills in her life.

Sluggo, orphaned (apparently) and a squatter in a trashed (abandoned?) house, has no frills, and Nancy and her friends are his only ties to a better life. Sluggo appears content with his lot, and has a freedom Nancy lacks. Thus, Nancy and Sluggo have something to offer one another. Their friendship thus has higher stakes than Lulu and Tubby's.

Flashes of Stanley's drawing style come through in these licensed characters. Whenever Sluggo shows extreme emotions--laughter, anger, fear--Stanley's hand is most evident.

My apologies for no Halloween posting this year. I've run out of significant Stanley Halloween material. All his horror comics are represented elsewhere here, as are the "Lulu" Halloween specials. Dig around this blog if you're in search of such kicks!
Posted by Frank M. Young at 8:28 PM

well, if its Stanley's work, let's hope that D&Q includes it in their reprint volumes.