"Tom and Jerry" from Our Gang Comics 11: Ghosts and Seamen Never Mix 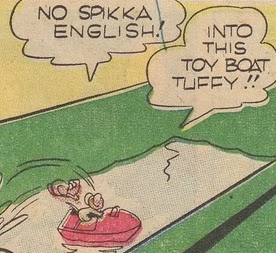 The picking have become decidedly slim here, and posts fewer and farther-between. In scraping around for un-posted odds and ends, I hit on this six-page story from 1944.

One of the few "Tom and Jerry" stories not already featured here, it's written and drawn by Stanley, who also did his highly distinctive lettering.

Throughout John Stanley's comics career, he did good stories and bad ones. In the latter, he either wasn't having a good day, was racing against the deadline clock, or just didn't care.

More of these stories exist than we'd like to believe. They are part and parcel of the commercial comics business.

Mainstream print is slapdash and panicky by its very nature. Ultimately, what matters most is that something is on every page of a newspaper, magazine or book. That content doesn't have to be good. It just has to be.


This comic book has a publication date of May-June,1944. At this time, Stanley's workload also included the Walter Lantz-themed monthly, New Funnies, for which Stanley wrote and drew 27 additional pages of material. The following month, Stanley picked up some of the Famous Studios-based cartoon characters for another Dell anthology, Animal Comics. That added another 16 pages to his extant workload.

Stanley continued to crank out at least 24 pages of story and art material a month through 1945. When he added the occasional one-shot special, part of Dell's "Four Color" series (which would include the first several issues of Marge's Little Lulu), that workload could double.

Small wonder that, now and then, a story would fail to reach its potential. Stanley's worst efforts are still better than the "best" output of the West Coast branch of Western Publications. Knowing the heights of which Stanley was capable, it's depressing to read his more hasty, tossed-off pieces. Every comics creator had them, and it came with the territory.

This six-page "Tom and Jerry" story falls in the better-than-average range. Of no great consequences, it's salvaged by its peppy verbal wit, the appealing gadfly personalities of the mice, Tom's arrogant self-entitlement, and Stanley's developing but attractive comics artwork. 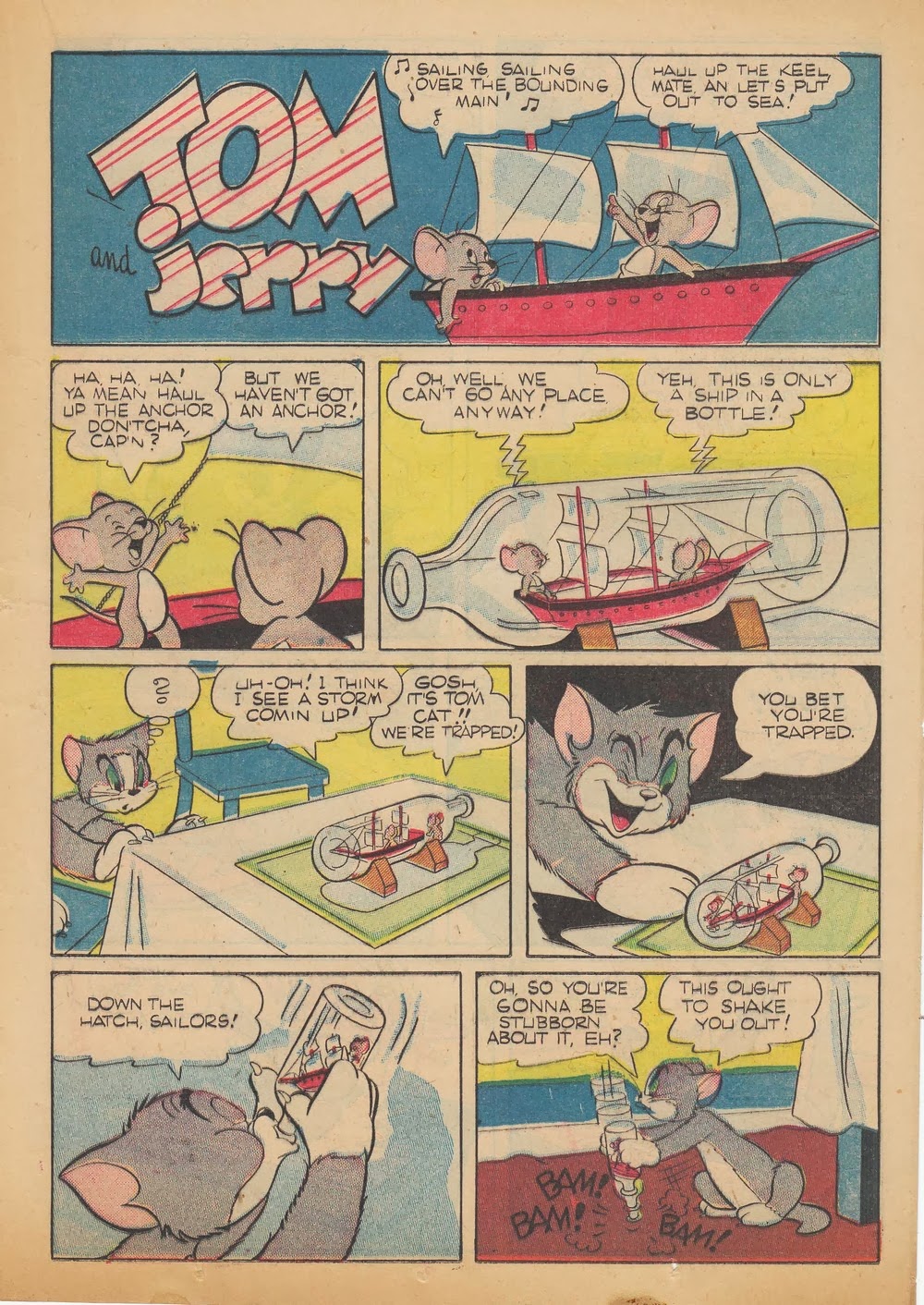 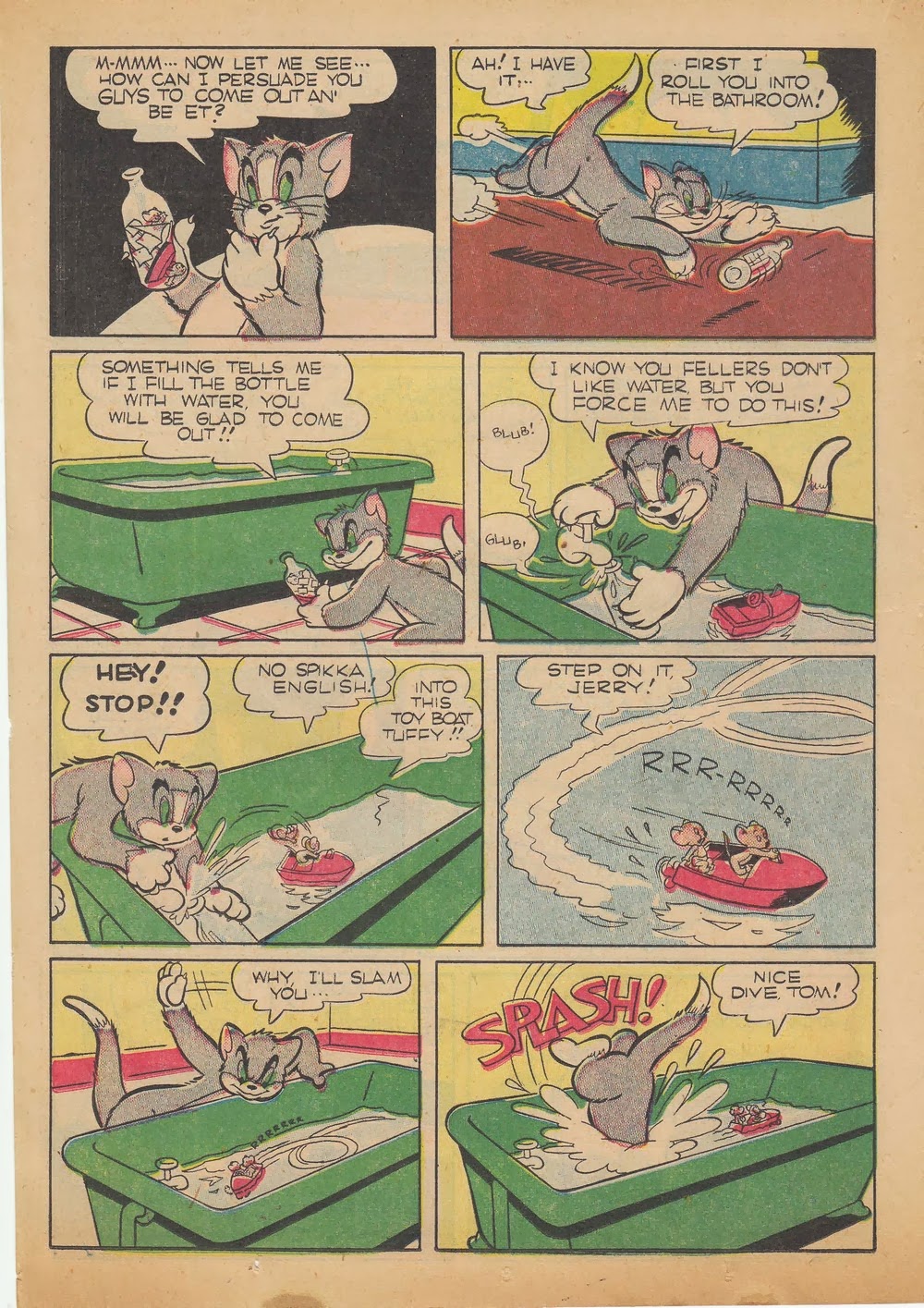 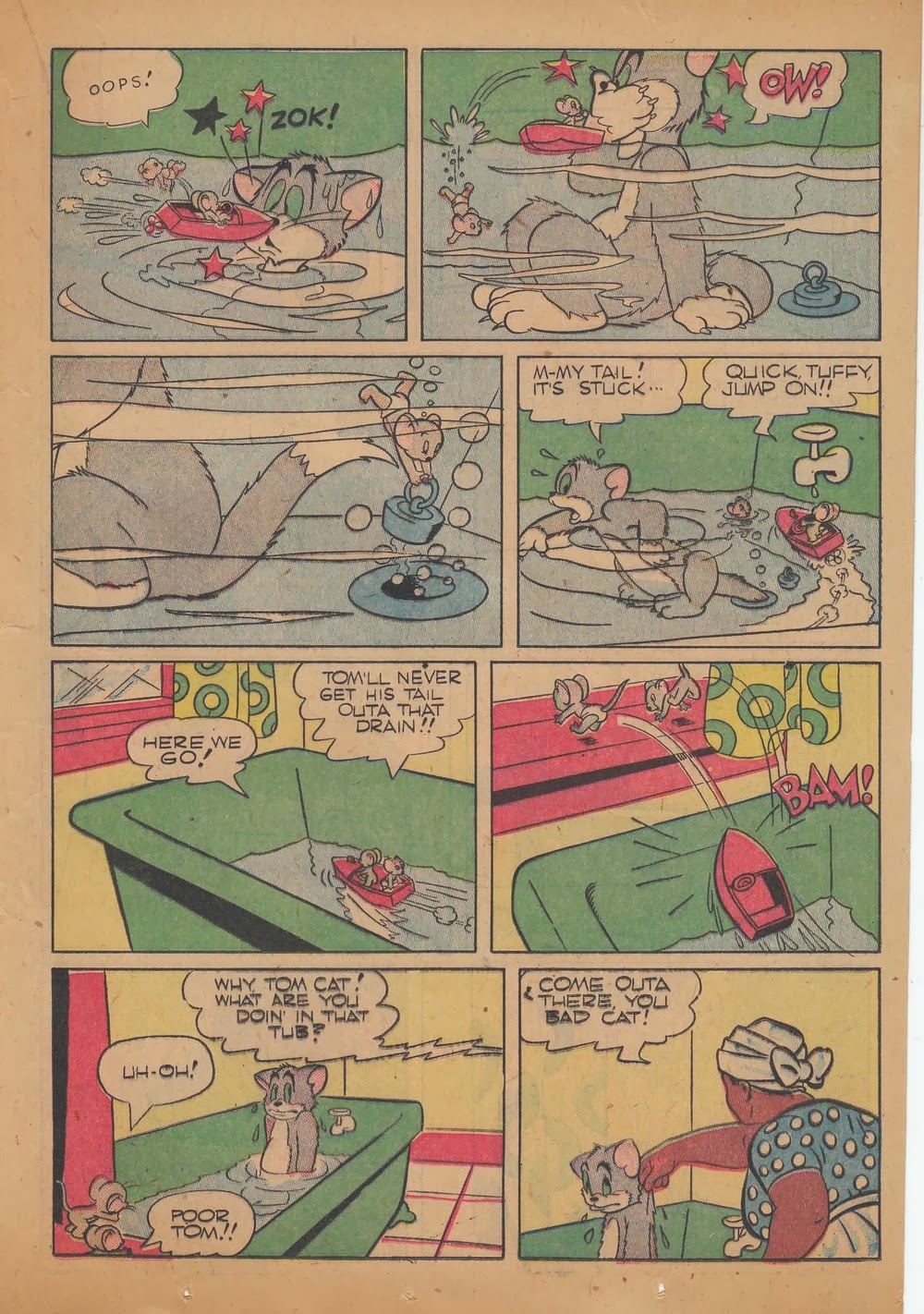 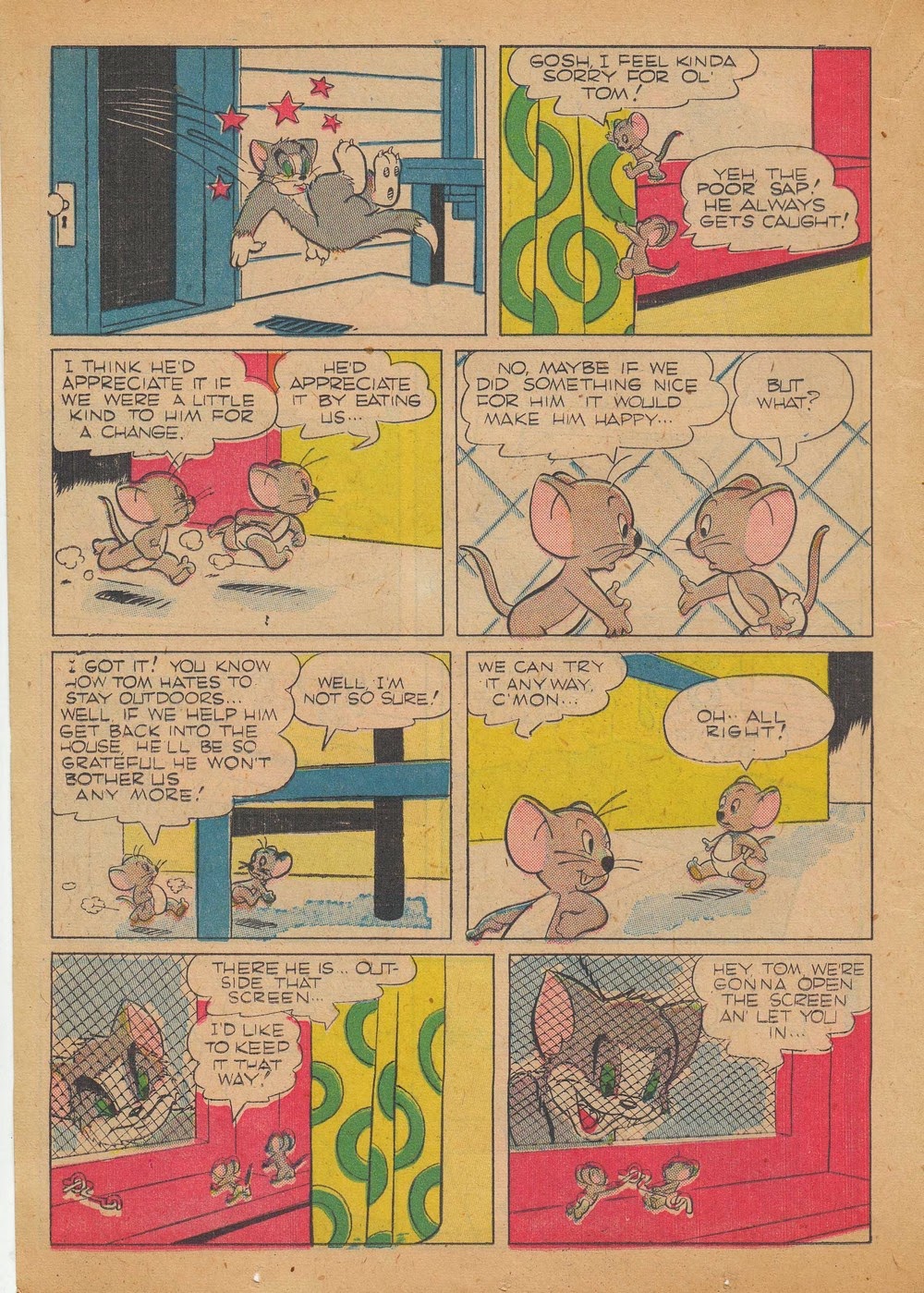 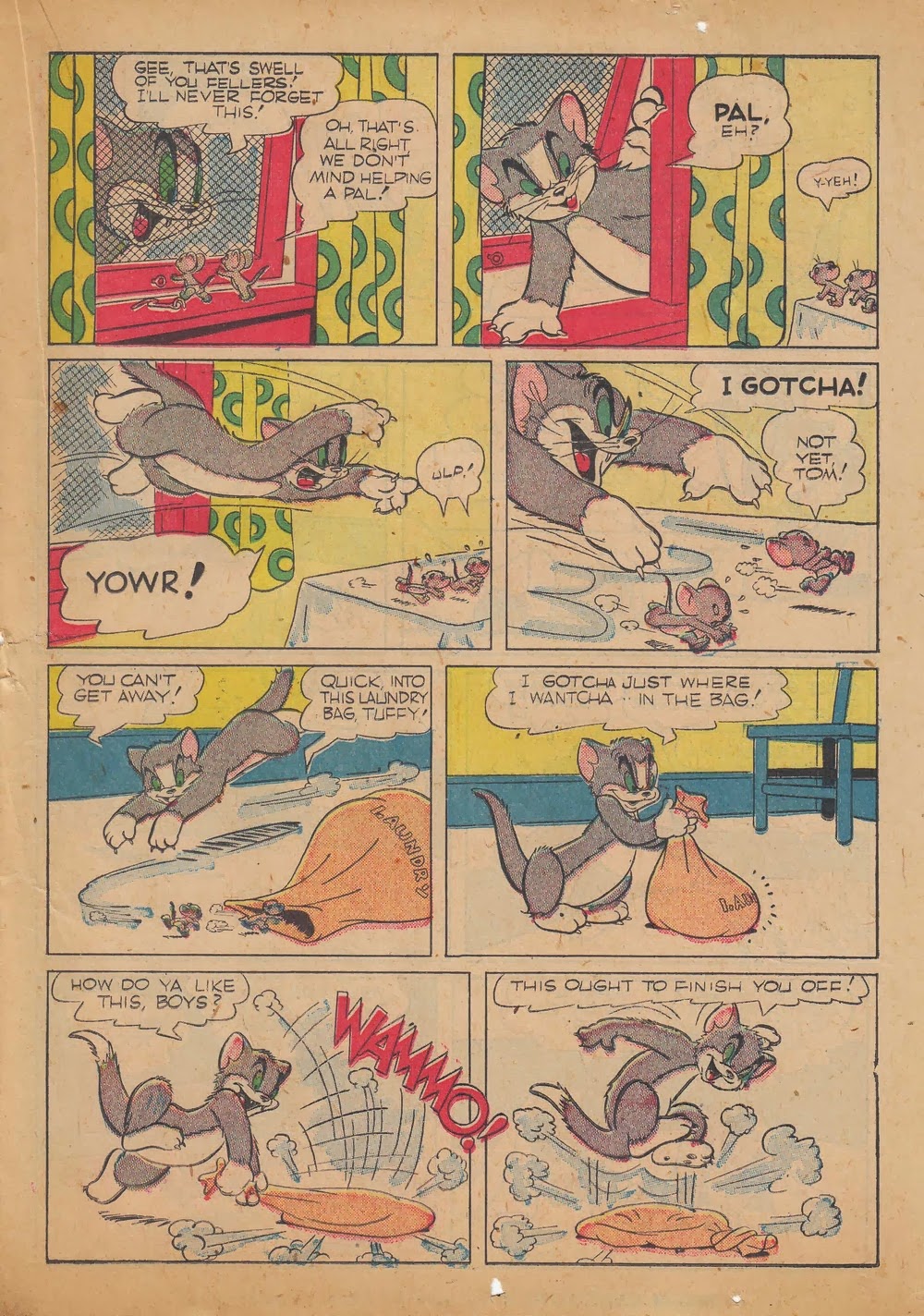 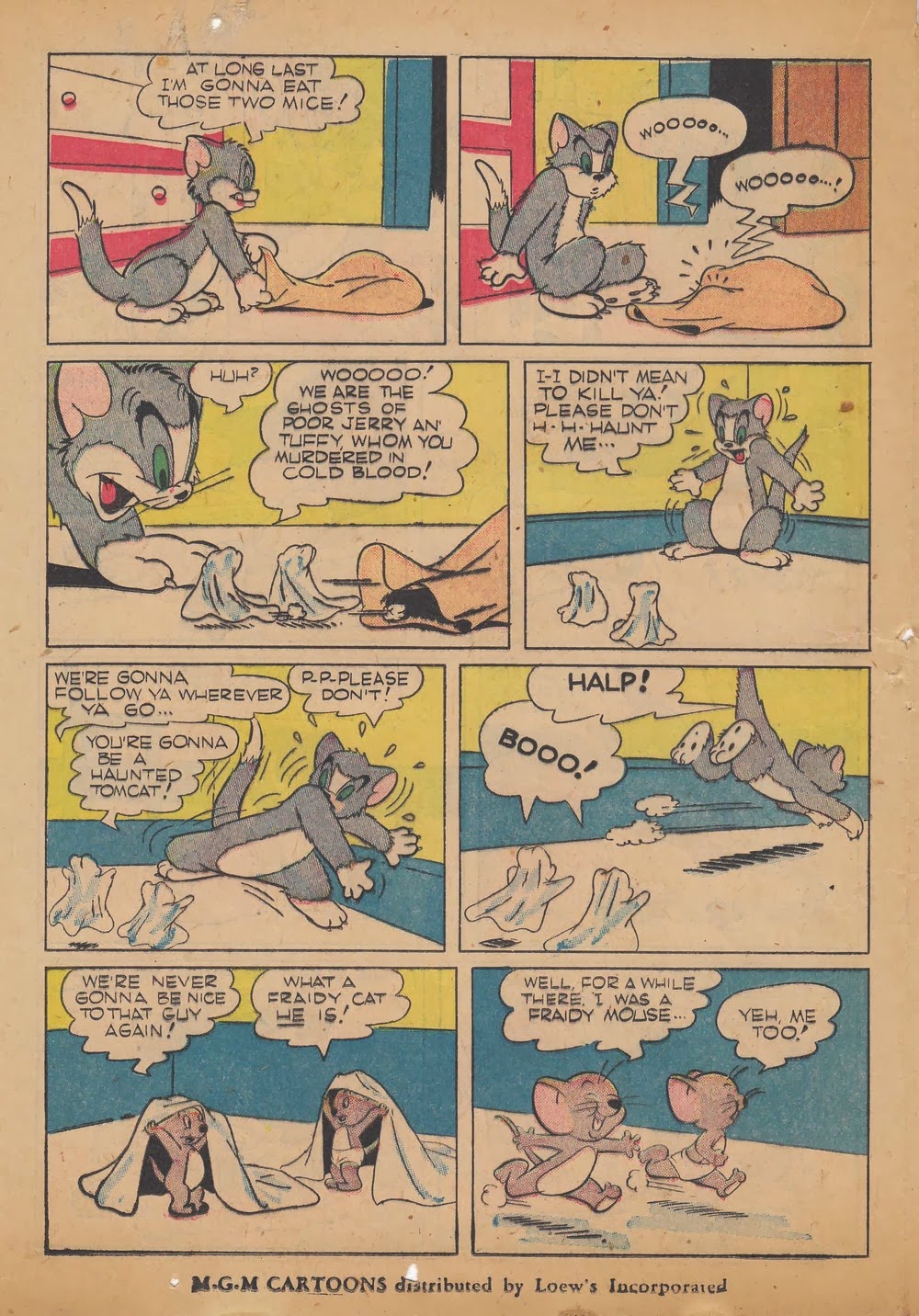 2014 will see few postings here on Stanley Stories. The blog will remain alive, if a bit malnourished, and I thank you for continuing to peruse it as it enters its sixth year.
Posted by Frank M. Young at 8:53 PM

Twenty-four pages of material a month is not too much, right? He must have done more than that in his Little Lulu days. I remember reading somewhere that John Buscema could draw up to 60 pages a month, Curt Swan 100 and Jack Kirby allegedly 200. As for writing and drawing John Byrne was writing and drawing two full Superman comics in the 80's, 44 pages a month. I think at one time Alan Moore was writing four comics a month, and he would do breakdowns for all of them, with copious notes on the margins.

My guess is that people pick up speed with practice. Isaac Asimov would write more and more books in less and less time the older he got. I'm reminded of box turtles and trees. Box turtles reproduce better the older they get, laying more eggs, (and the little turtles have a better survival rate) at age 40 than at age four. And trees grow faster the older they get.