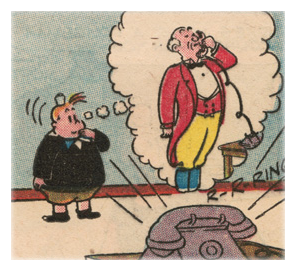 I did gigantic scans of this, one of John Stanley's longer Little Lulu stories, for the Jon Haddock art exhibit at the Scottsdale Museum of Contemporary Art, which opens May 21st. Lucky patrons-of-the-arts in Scottsdale will enjoy seeing these scans adorning gallery walls, alongside other John Stanley stories, and works by Basil Wolverton, Rory Hayes, Fred Guardineer and others.

For those of us who aren't in Arizona (myself included!) I dedicate this post.

These scans are substantially smaller than the ones I provided for SMoCA, but they're still hi-rez, and have that unbeatable blend of pulpy, aged paper and off-center high-speed printing.

Most modern-day Lulu-philes will only have read this story in pallid black-and-white. Enjoy the textural goodness of 1947 newsprint, and savor one of Stanley's funniest early "Little Lulu" stories. 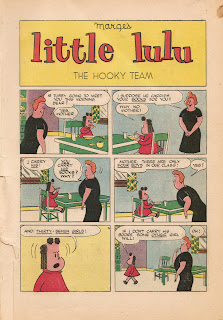 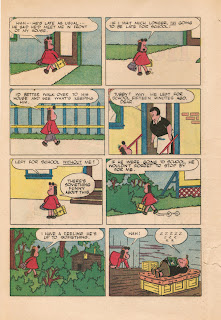 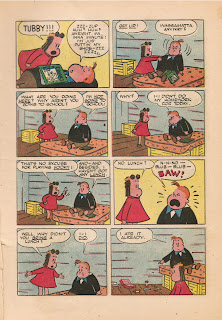 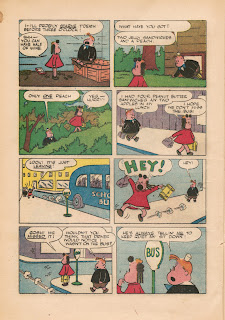 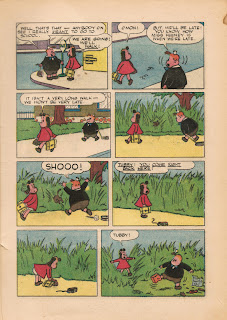 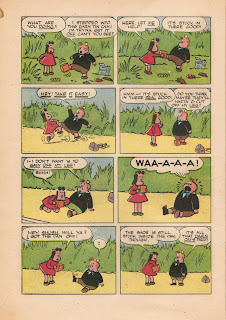 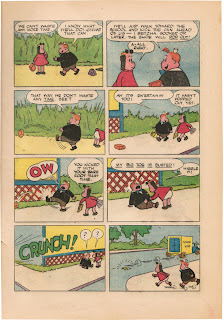 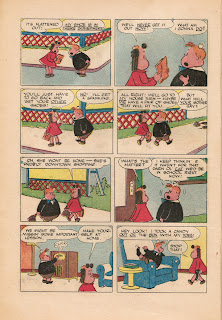 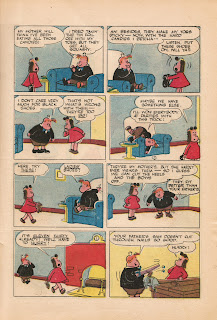 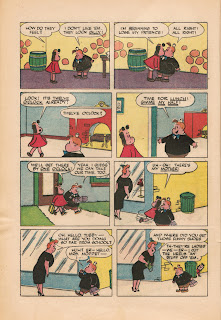 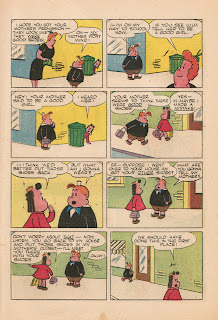 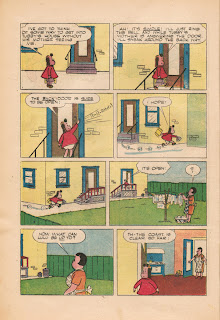 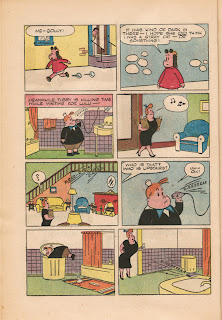 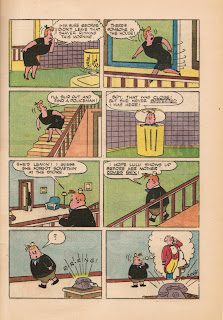 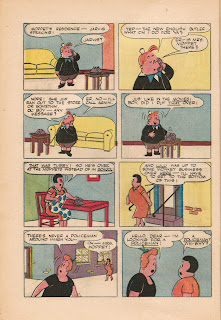 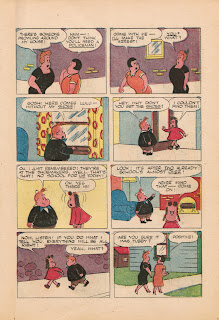 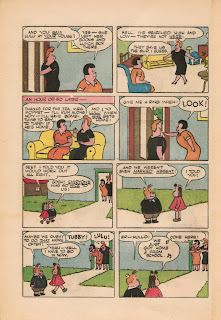 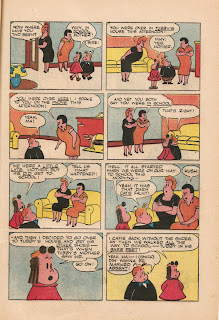 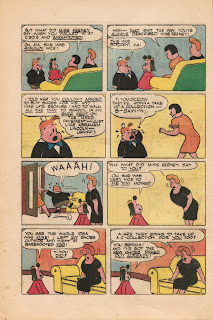 This is high-functioning, character-enriched situation comedy, which benefits from John Stanley's gentler, more thoughtful approach of his later 1940s work. The Stanley of the 1950s seldom did such relaxed, ambling stories. As well, his tendency to give the humor a more brassy, aggressive slant resulted in shorter stories.

Stanley, here, is on the verge of defining the characters of Lulu and Tubby. They're still more kid-like than the final versions, which would emerge by 1950. All the rules and regulations which would soon govern the series aren't yet present. For example, Lulu freely enters Tubby's club house, which is not yet sanctioned a no-girl zone.

Their personalities, rather than the story's narrative events, run the show here. Stanley indulges his enjoyment in the characters of Lulu and Tubby. Thus, "The Hooky Team" is a suite of leisurely set-pieces. My favorite is the Tubby-led sequence on pp. 14-17. As with Stanley's version of Jerry and Tuffy Mouse, from "Tom and Jerry," the adult world is still one of mystery and exploration. His impulse to answer the Moppets' phone, in the guise of a stereotyped English butler, is a keenly achieved moment of character comedy.

The kids' destruction of adult property, usually without a clue of their actions' affect on adults, is an early Lulu device that was dropped as the characters got more distinct--and smarter. Lulu and Tubby's transformation of women's high-heel shoes into viable footwear is among the funnier examples of this soon-discarded Stanley strategy.

Stanley enjoyed the off-beat ending. He didn't employ this device constantly. It's used to great effect at this story's conclusion. In such endings, Stanley assumed that his audience were smart readers, and gave them the benefit of the doubt.

That's all I've got for this story. I wish the SMoCA a successful, well-attended show. If you're in Scottsdale, or nearby, go see it!
Posted by Frank M. Young at 10:07 AM

is that really the last page??

I mean, i understand your last comments about Stanley's smart reader, but i find it kind of weird. Why no "the end"?

This is, indeed, the entire story--20 pages in length. Stanley often used endings like this. They end before (or after) you expect them to. That throws you, the reader, off, and you tend to notice and remember it.

"THE END" is a superfluous phrase. It is a source of comfort to many consumers, but it doesn't really need to be at the finale of every story, movie, or other contained narrative.