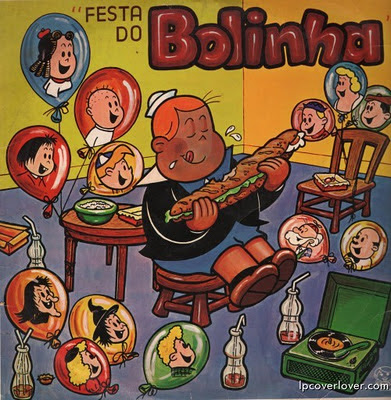 This is not a "Little Lulu" blog--a fact that ought to be obvious by now.
This post is a rare excursion into the Lulu character, rather than the content of John Stanley's work.

I recently discovered some images and information about Brazilian reprints of John Stanley's "Lulu" and "Tubby" stories. They were apparently successful, and kept Stanley's work in the public eye long after it was gone in America.

Thanks to Kelly Shane for forwarding me this image. It asks more questions than it answers.

Note all of the John Stanley-created secondary and tertiary characters--including some that were seldom-used after the late 1950s (Gran'pa Feeb, for example).

The placement of these characters in balloons--many which don't seem to be tied to anything--adds to the Weird Factor.  Tubby's deep suntan is another item of concern...

The title tune of the LP was something of a pop hit in Brazil in 1966. It can be found on YouTube [EARWORM WARNING: It's that type of horrid sing-songy kiddie record sound that will haunt your brain, despite your best efforts to fight it off. If you think you can handle it, seek it out. Otherwise, stay sane and safe...].

The evident popularity of the Stanley-created Little Lulu world in Brazil was further confirmed by the internet. Long-running Luluzinha and Bolinha comics reprinted Stanley written-and-drawn material. (Bolinha is a endearing diminutive of "ball" in Portuguese, just as Luluzinha is, obviously, what it is.

Paul Tumey, the go-to guy for Jack Cole information and critical writing, was present at this discovery. He turned up a Brazilian version of eBay, where many vintage copies of BraziLulu product could be found.  For wont of a meatier topic, here's another art gallery. In no particular order... 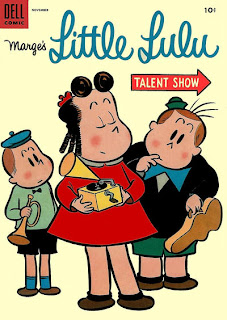 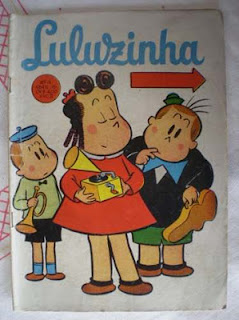 The cover to Little Lulu #77, and its Brazilian reprint. Note how the latter eliminates the all-important info in the red arrow. Dig, too, how the Brazil version favored the old-school, thicker LL logo, which the American version abandoned with issue 72. 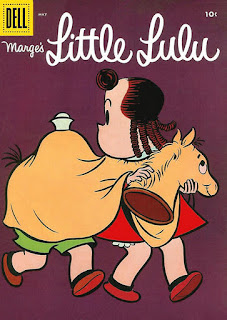 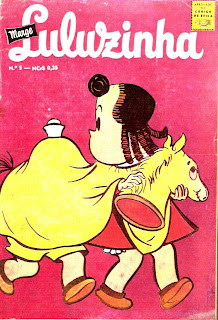 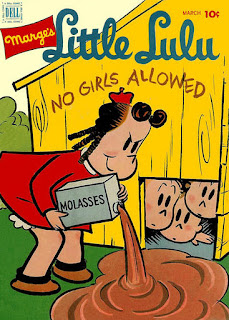 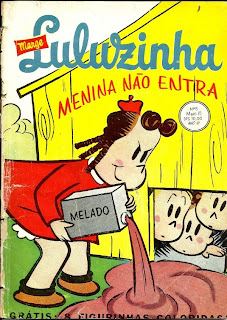 The cover to Little Lulu 45, with its Brazilian version. Note the different cropping of the two editions. The most interesting items in our exhibit are two Brazilian versions of Tubby #10. The editors musta really loved this cover, as they created an alternate version where Alvin is replaced by Lulu! The second one is quite obviously light-boxed, with its dead traced lines. 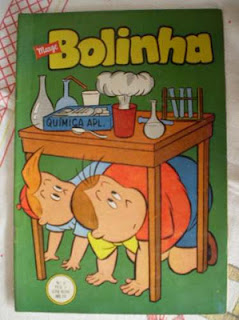 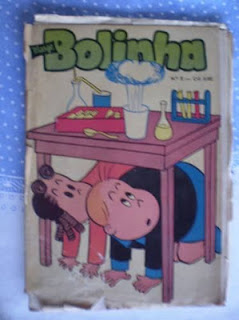 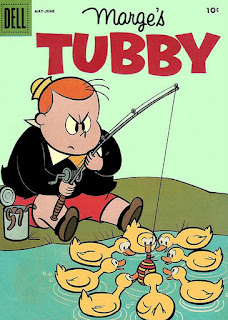 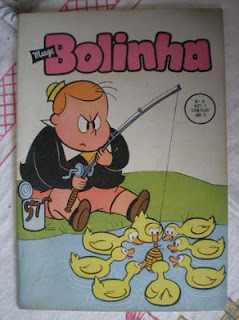 Tubby #22: this cover ties with our prior Art Gallery installment. Here's an image of the original art by Stanley and Lloyd White, from that favorite post... 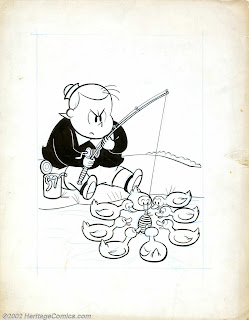 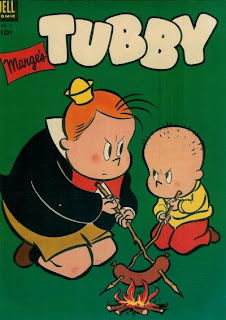 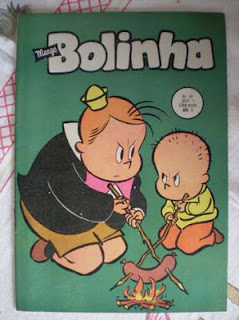 The cover to Marge's Tubby #5 (the first issue of the regular run, and you-know-what... 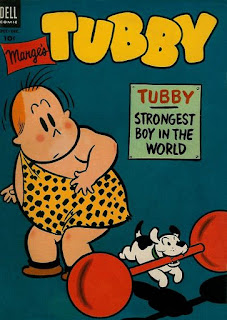 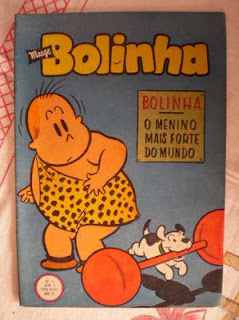 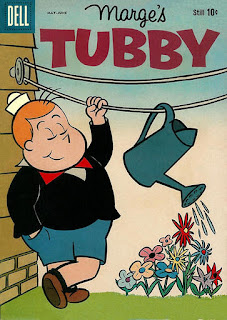 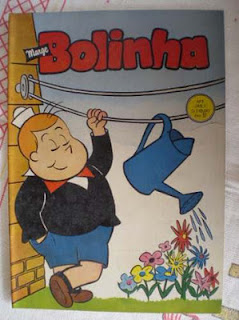 Dangerously close to the end of John Stanley's tenure on Tubby is this cover from #34 and its gêmeo... 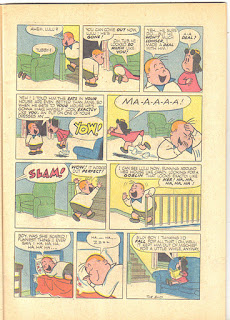 One example of the interior pages surfaced--from a Brazilian reprint of "The Hungry Goblin," among the best of John Stanley's Lulu-babysits-Tub stories. Above is the final page from its original American printing (LL 93) and the translated reprint. I didn't think comics could be colored less appealingly than 1950s Dells, but this Luluzinha sample page proves me wrong. 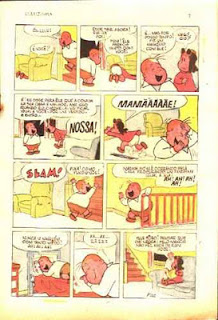 Nice job! I think Lulu's alternate Brazilian life is fascinating, and you've done a great job of pulling it all together with your usual keen eye and insight. It's mildly unsettling to think that more Brazilians than Americans in the world might know of Stanley's Lulu stories. I wonder what they make of the archaic American small town lifestyle. It's sort of a pleasant dream for my 11-year old son, Reid, to enter. Perhaps more so for a kid living outside the US. I wonder if that's part of the timeless appeal of these stories, in addition to Stanley's comic observations of human nature. I've often thought that our comics are one of our principal exports. There's a popular Brazilian band named Charlie Brown Jr, which shows the global influence of another American cartoon series. Wow, is that coloring job on the interior page really unappealing!

For the benefit of those mono-lingualists out there, here is Google Translate's version of Sr. Colina's comments:

Hello I am Brazilian, 50 years and have always read the stories of Little Lulu.
Started by the defunct Cruise spent by Editora Abril and after 15 years "off the air" is being reissued by Pixel Editor. And with much success. Congratulations for the excellent blog of a little work throwing everything into Google Translator but it's worth.
congratulations

Thank you Mr. Frank, thanks to strength.