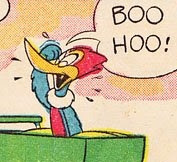 Here is an charming early Woody Woodpecker story written and drawn by John Stanley. Though the on-screen Woody had, by 1944, received a most attractive make-over by Walter Lantz layout artist Art Heinemann, the comic-book version retained the butt-ugly pre-1944 look.

Someone finally noticed that the funnybook Woody didn't match up with his most current screen version, and fixed the situation.  Woody looked best in his John Stanley-written stories when Stanley drew them himself. (You'll find some later, more refined examples of Stanley-drawn Woodys throughout this blog's past posts.)

This story anticipates Stanley's soon-to-happen assignment to do the comic book version of Marge Buell's Little Lulu. Woody and his human girlfriend, Patricia, could be exchanged for Lulu and Tubby without altering much of the story.

The piece shows Stanley's ability to juggle hard-knocks comedy and a more sensitive emotional approach. The combination works very well, and would continue to serve Stanley well for the 15-year run of Little Lulu.

The children in this story look like refugees from contemporary Famous Studios "Noveltoons" cartoons. Famous animators moonlighted in comics for Western Publications in the early '40s. John Stanley's distinctive lettering provides the "tell" that this is his work as an artist. That said, another hand may have inked the drawings. The spike and zing of Stanley's pen line aren't evident here.

Woody's closing lines are pure, Grade-A "Tubby talk." Stanley was ready to write Little Lulu--whether he knew it or not! 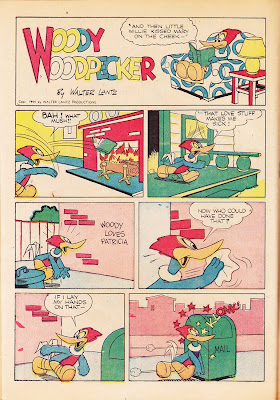 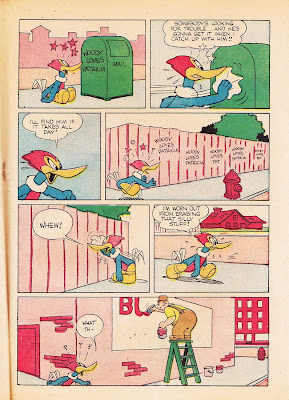 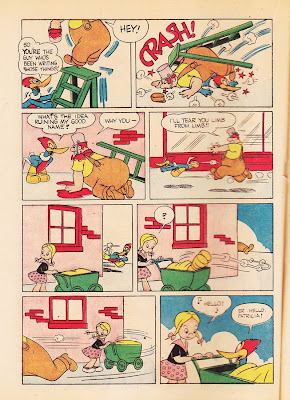 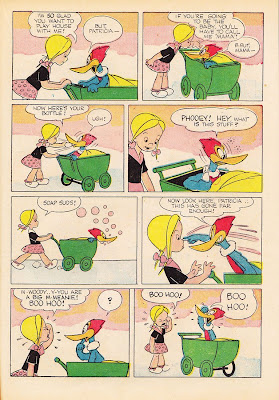 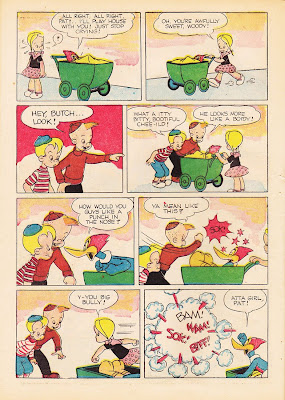 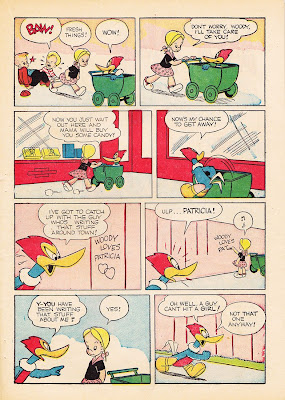 hah! i had my wife read this one- her name's Patricia and she WILL punch out any bullies that come around!