Hi, gang! This time I've made sure all the pages are here, so read without fear.

First up: "Too Many Buglers," a triangular tale of one-upmanship, graced with masterful comedic dialogue and constant action. 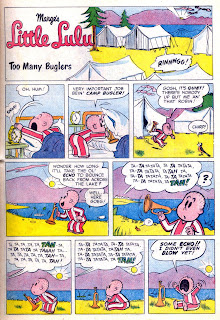 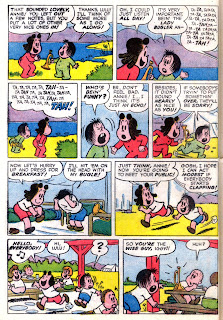 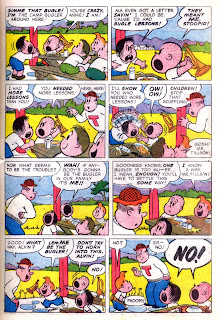 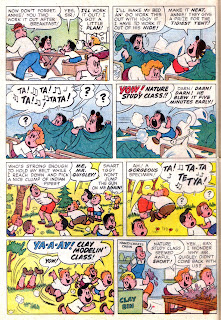 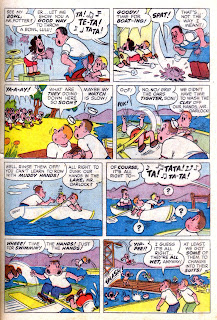 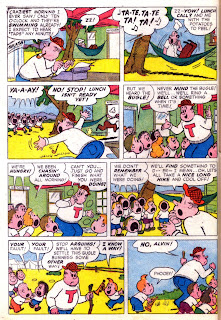 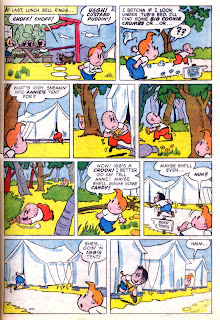 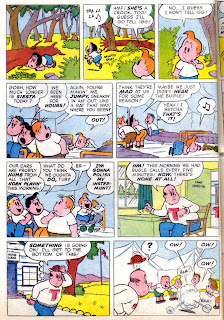 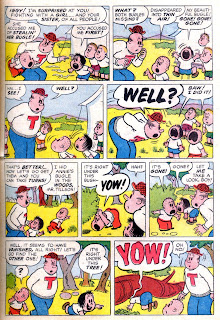 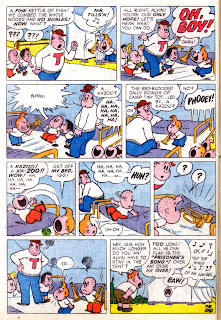 Stanley's writing is razor-sharp in "Too Many Buglers." This long story is stuffed with one comedic incident and witty line after another. Alvin, often the wild-card member of the Little Lulu troupe, screws things up royally in his naive bliss.

The sequence of the kids running, en masse, from one interrupted activity to another, due to the errant bugling, is high-quality sitcom. And the counsellor's exclamation, on the story's last page is priceless: "The red-blooded daily doings of Camp Tiny Tot... led by a kazoo?"

And how about that group "CHOFF?" Plus the most perfect SFX for wet clay hitting a cement floor... "SPAT!" (And delivered in a word balloon--an essential Stanley "tell.") 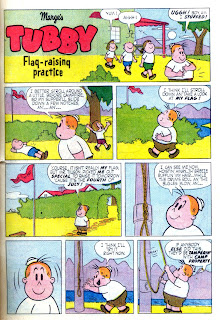 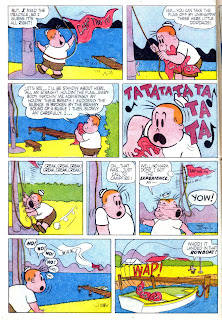 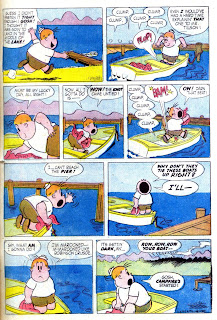 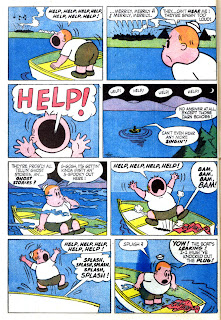 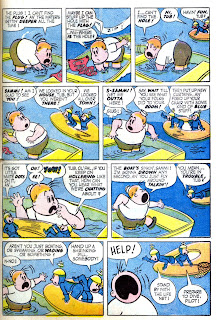 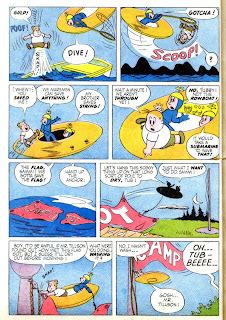 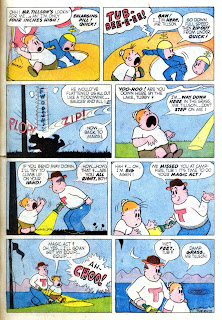 Whew! That was a comix decathelon--a beautifully achieved comedy of escalating troubles. Every thing Tubby does makes the situation worse, until his Space Age deus ex machina, the little men from Mars, appear.

Their appearance would seem contrived, save for their reports of the alterations to Tubby's room at home--a lovely little grace note that helps to gloss over the abruptness of their arrival.

Tubby is doing fine without them. From his self-absorbed actions of page one, ending with a priceless line of self-justification, to his frantic activity (decorated by stellar SFX by Stanley), to his panic as the boat unmoors, then develops a leak (from his manic stomping), young master Tompkins is at his best here.

I'm struck by what funny pieces we have here. Each and every story, so far, has hit a humorous home-run. No corners are cut, and what might be a deluge of information, in other hands, becomes a cornucopia of comedic decoration.

Let's see what's next. I'm reading these for the first time as I create this post... 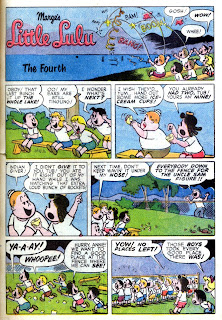 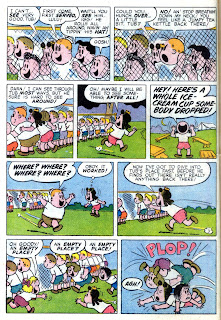 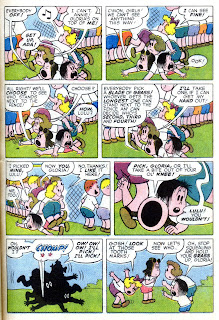 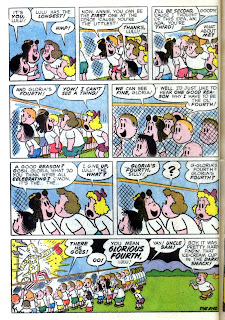 "The Fourth" is as close to a throwaway story as we'll get here. It's light-years beyond mere filler, due to the gleeful melding of many essential ingredients:

I can't recall Lulu biting one of her friends anywhere else. Or perhaps I've overlooked such behavior up 'til now...

I love that Tubby actually does find another ice-cream cup at story's end. Stanley forever favors his anti-heroes. Altho' he puts them through rigorous paces, they usually get what they want, no matter how "right" or "wrong" that desire may be.

Moral ambiguity in a "wholesome" summer camp comic book... what's not to like about that?