After all the sturm and drang of Tales From The Tomb, let's return to the more reassuring world of "Little Lulu." Here are the last three stories from the 1958 "Halloween Fun" giant. Previous installments can be found HERE, HeRe, HerE and hERe. Whew!

These last three stories take place in comix "real time." That is to say, they occur "live" before the reader, with no breaks or jumps. As this giant comic began that way, it's appropriate that it end in this manner.

First up is Tubby in "The Headless Goblin," which guest-stars the little men from Mars: 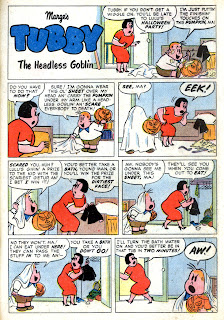 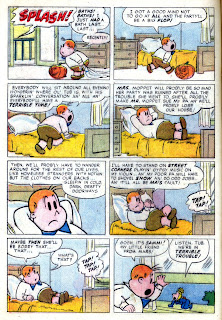 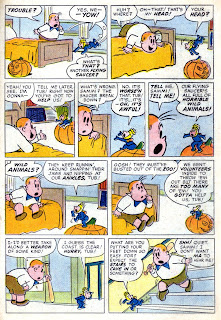 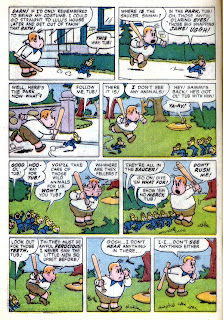 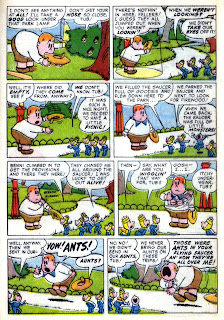 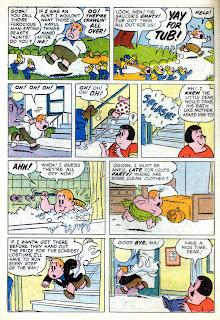 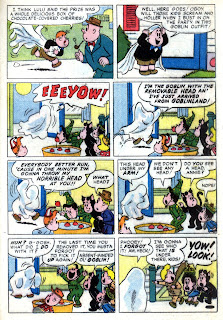 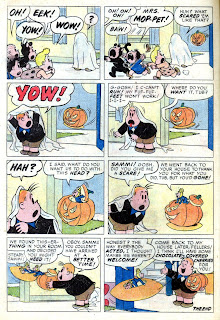 There's some rich "Tubby talk" in this typical later story. Though Tub bears the sting of angry ants, he is rewarded by show-stopping and status-boosting SFX. His self-worth is boosted, and he awaits his much-deserved chocolate-covered cherries.

A minor but pervasive Stanleyism is seen on the story's last page, in the fourth panel. Spots before the eyes, in Stanley's world, connotes confusion, fear, worry, illness and other distress-related states of mind.

I believe R. Sikoryak picks up on this in his brilliant melding of Stanley's "Little Lulu" and Nathaniel Hawthorne's The Scarlet Letter, as seen in his recent anthology, Masterpiece Comics. This is brilliant stuff, and I cannot recommend it highly enough.

The kids have regained their composure and returned to the party for "The Great Don't-Dad Hunt." Here, we see Lulu in an ur-Catwoman costume, as she and Annie manipulate their friends for their personal gain: 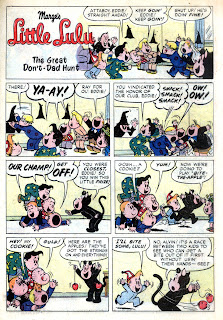 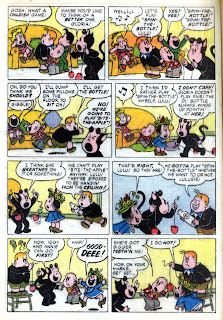 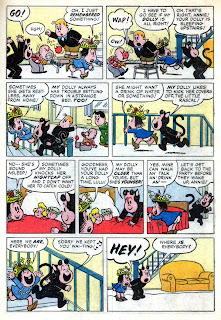 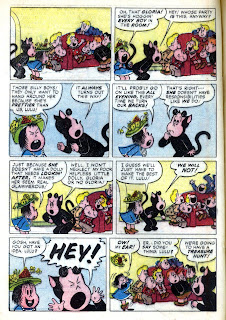 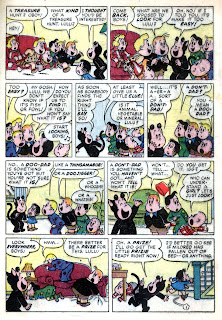 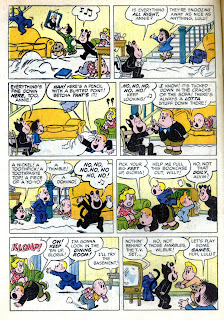 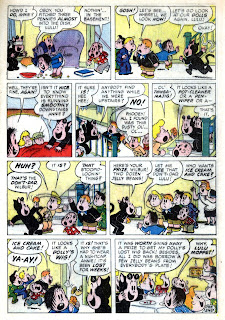 Lulu is a rascal in this story. Were it not for the reassuring adult-offered reward of ice cream and cake, the other kids would be justified in egging (or toilet-papering) the Moppet household. They have been well and truly used by Lulu. And for what? A doll's hairpiece! Tubby doesn't look so conniving, or as greedy, in light of this story.

The final story, "Ol' Witch Hazel and the Bashful Ghost ," is perhaps the only of Lulu's fractured fairy-tales in which she does not appear in any way, shape or form. 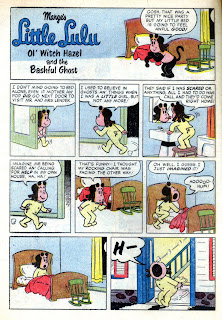 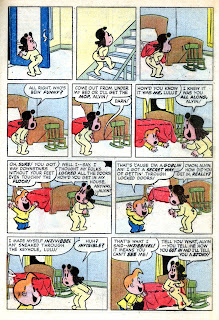 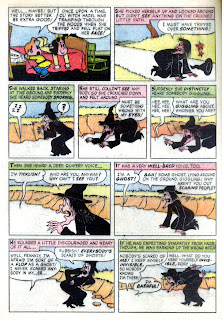 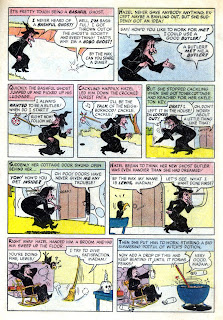 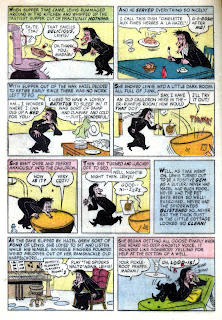 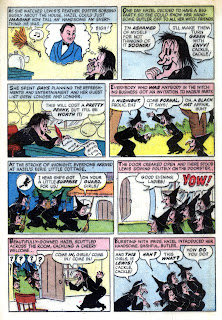 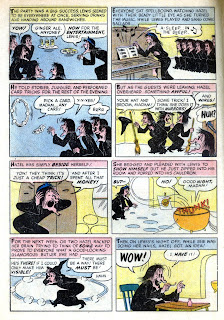 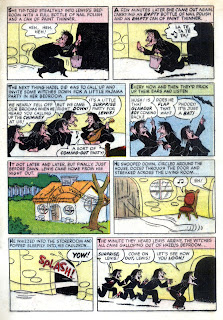 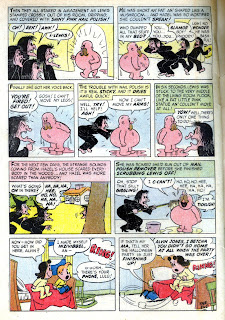 Though an odd way to close this Halloween giant--in that it offers a cursory wrap-up, rather than a formal conclusion, this is a wild, antic story, in which one senses that Stanley felt like cutting loose and having some fun. He seems to really enjoy depicting Witch Hazel without the presence of Lulu, or of Little Itch, the witch-in-training who is usually right by Hazel's side in these stories.

The rotund, mustached, pink goblin on the story's last page is a wonderfully perverse visual element.

Well, kids, that's it for Halloween. I managed to fulfill my goal of posting a month's worth of Halloween-worthy stories, while moving all my stuff across town and working on my graphic novel. I think I'll take it easy tonight and let Halloween happen.

I may be absent for a bit, as I set up my new domicile. I hope to have a new post in a week or so. 'Til then, please check back often, and I hope yours is a Happy Halloween!
Posted by Frank M. Young at 9:59 AM

Happy Day-After-Halloween and thanx so much for all the Stanleyween posts!