Here's the last of Tales From The Tomb... "The Mudman." The Grand Comics Database claims this story was drawn by George Evans. I only wish it were... the GCD has some endearingly nutty errors. This is not George Evans' artwork, I assure you...

THIS is an example of George Evans' typically graceful artwork, just in case you're unfamiliar with his comix. 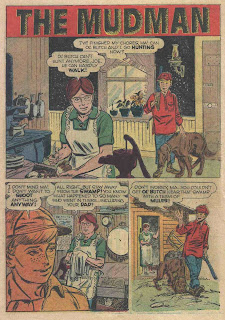 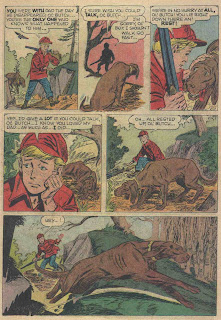 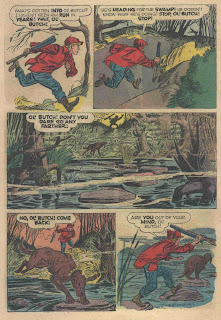 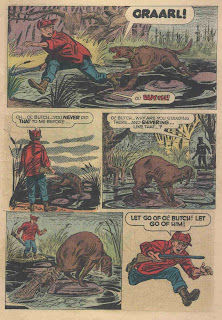 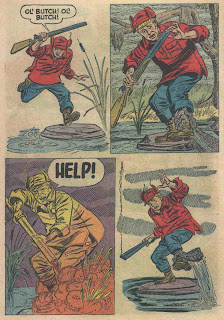 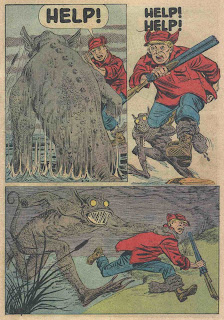 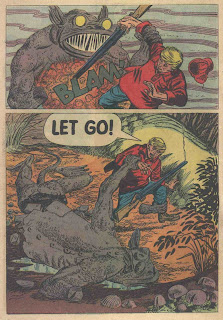 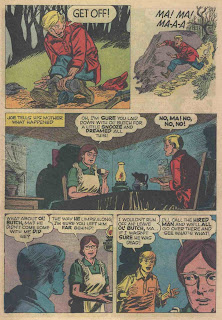 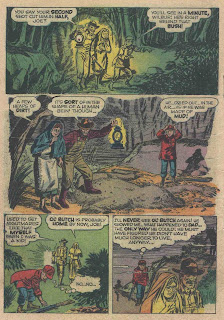 "The Mudman" has a Tubby-esque main character, given to some mild cognitive biases and full of chatter. If Tubby had been presented with a horrific event, as seen here, the results would likely be similar, especially this panel: 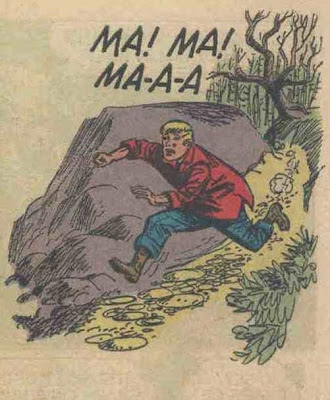 "The Mudman" offers the only bona-fide monster rampage moment in this unique anthology. Stanley obviously wished to end the book with a bang. His sense of comic absurdity barely keeps contained. Or, to be fair, I'll say that it's hard to read "serious" Stanley without an overlay of his strong sense of comedy.

Two tongue-in-cheek fillers end this book. "Asphalt Test," drawn by Frank Springer, is cut from the cloth of Dunc 'n' Loo, and is quite amusing: 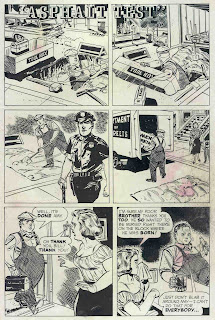 "The 'Interview'" sends off Tales From the Tomb on an appropriate note of nuttiness. 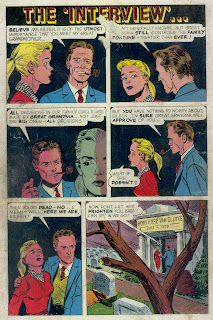 Well, there you have it, folks. 80 addled pages of nightmare images, neurotic fantasies, a truckload of ellipses, and some undeniably effective moments.

Tales From The Tomb ended John Stanley's short-lived career as a writer of non-humor comix. I wonder what might have happened, had these comix been OK with people, and had Stanley continued in this vein.

I'm glad he didn't, as we might not have his mid-1960s auteur period, where he was a total cartoonist for a few happy years. But, as daffy as some of these stories are, they are always compelling and colorful and, even when their scare-concepts fail, or are staged ineptly, damned imaginative.

As I said in a prior post, there are no other horror comix like John Stanley's. We can only be thankful that this eccentric outburst saw print.

Look for the final Halloween Little Lulu post--on Halloween! See you then...
Posted by Frank M. Young at 9:51 AM

Labels: horror, Stanley in the 1960s, Tales From The Tomb, terror